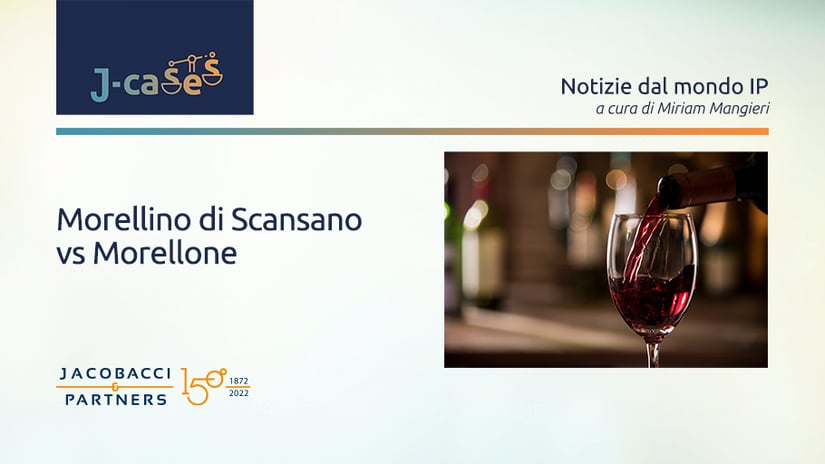 The First Board of Appeal of EUIPO was recently called to rule on whether PDOs and PGIs consisting of a compound name should receive a protection that is not limited to the name in its entirety or to the element that constitutes the geographical indication, but should also extend to the non-distinctive and generic elements of the name.

The Opposition Division rejected the opposition, holding that the mark 'Morellone' did not lead to usurpation, imitation or evocation of the PDO. It also held that the term 'Morellino' in relation to wine should be considered descriptive and generic, referring both to the colour of the wine and to the name of a specific vine from which the grapes used in the production of Morellino di Scansano are obtained.

According to the Division, therefore, the protection granted to designations of origin or geographical indications must be limited, in the case of a name composed of several elements, to the name in its entirety and cannot be extended to non-distinctive or generic elements.

The Consorzio appealed the decision before EUIPO’s Board of Appeal, which noted the similarity between the present case and a previous one concerning the PDO 'Amarone della Valpolicella'. On that occasion, the Board held that the trade mark 'AMICONE' was evocative of the PDO 'Amarone della Valpolicella', arguing that the term 'Amarone', while not constituting a geographical indication, should nevertheless be regarded as a significant part of the PDO.

This is because, to hold that the term 'Amarone' does not constitute a significant part of the PDO runs counter to the perception of the public accustomed to the presentation of PDO wines 'Amarone della Valpolicella' simply by the use of the term 'Amarone'.

Considering that this case has in the meantime reached the EU General Court, the Commission has deemed it appropriate to suspend the handling of the appeal lodged by Consorzio di Tutela del Vino Morellino di Scansano, pending the decision of the EU General Court, which it is hoped will define the scope of protection to be granted to PDOs and PGIs composed by several elements.