The Company name included in a trademark application can make the sign distinctive? 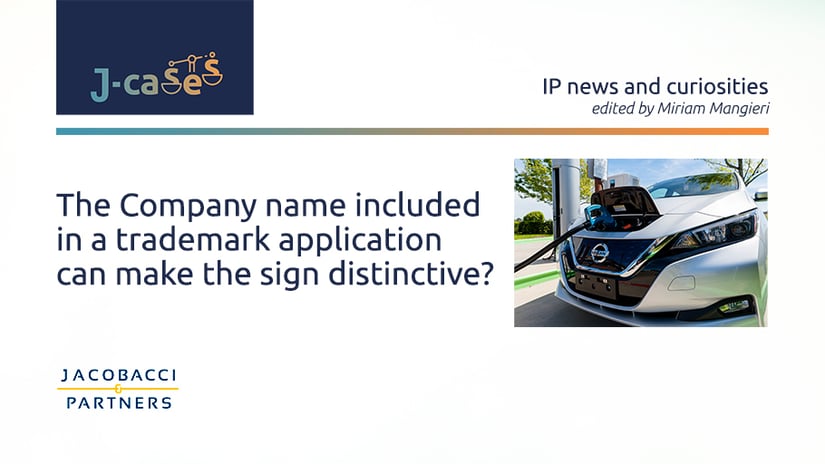 General Court dismissed the action filed by Nissan Motor Co. Ltd. that appealed the decision of the First Board of Appeal of EUIPO in relation to the opposition proceeding between Nissan and VDL Group LTD.

The Japanese Company opposed the trademark application for the word mark VDL E-POWER filed by VDL Group in relation to goods in classes 7, 9 and 12 on the basis of its previous trademarks

registered in classes 9 and 12, considering the existence of a likelihood of confusion.
The opposition Division initially upheld the opposition and rejected the application of VDL; however, the First Board of Appeal of the EUIPO subsequently annulled the decision, finding that the verbal element “VDL” was sufficient to differentiate the conflicting signs, also in view of the relevant public’s high level of attention.
According to the Board of Appeal the word element “power”, common in both signs, is a term which is part of the basic vocabulary of the English language and means “energy”, “power”. This term will be easily understood by the relevant public, even if that public has only a basic knowledge of English.
As the verbal element ‘e-’ this is a common abbreviation of the word “electric” or “electronic”, therefore the word element ‘e-power’ will be perceived as meaning “electric energy”.
Furthermore, since the goods of the requested trademark are vehicles and their accessories and parts, the element “e-power” will be perceived as referred to electric vehicles and, due to this connection, it has a low degree of distinctiveness.
As regard the word element “VDL” of the mark applied for, this will be perceived as an acronym devoid of meaning, with the result that it has an average degree of distinctiveness.
The Court rejected the argument of the claimant who considered the element VDL devoid of distinctive character since identical with the applicant company name, by stating that the company name may be also used as a mark in order to designate goods or services.
The element VDL is therefore the most distinctive element of the trademark and not only the company name of the proprietor.
On the basis of the above the two signs, that share only the verbal element e-power that is descriptive, and differ for the presence of the element VDL will be distinguished by the relevant public, which has a high level of attention.
This ruling constitutes an important precedent on the role that may have the Company name included in a trademark.