The protection of components

What are the legal instruments that can be adopted to protect components and manufacturing processes in the household appliance sector?

The forms of safeguard of the intellectual property are patents, designs or models, trademarks, know-how and copyright. In this article, we are speaking in particular of patents and of designs or models. As known, the main reason for the existence of industrial property rights is based on the need of paying back the investments borne by the inventor (in the case of company context, by the entrepreneur) to finance research and development activities aimed at proposing innovative products or processes. Industrial property rights allow their owner to operate on the market in an exclusivity regime and therefore to be the only one that can achieve an economic benefit from his idea. Therefore, in the case of patents and of models, these exclusivity rights are useful to prevent competitors from copying a product or a proceeding, then offering it on the market at a lower price, not having to recover the investments in research and development. Concerning this, it is worth underlining that in a free competition regime, copying is allowed (with the exception of extreme unfair competition situations). Therefore, if industrial property rights are missing, protecting one’s own innovative ideas becomes actually impossible.

What do patents protect?

Patents for invention or utility model protect new original solutions to problems of technical nature. The applications of patent for invention are subjected to a search for anteriority and then to an examination of merit on the presence of patentability requirements. The patenting procedure generally starts through the submission of a national patent application. The national application can afterwards be extended abroad in the successive 12 months, without losing any right, for instance by exploiting the centralized procedures, such as the European patent application or the international patent application. The maximum duration of a patent for invention is 20 years starting from the filing date. Patentability requisites are the novelty, the inventive activity and the industrial application. The latter requirement is actually almost always present because inventions and utility models are generally the fruit of research and development activities oriented to industrialization. The compliance with the novelty requisite exists when the invention, at the time of the application filing, is not included in the technical state-of-the-art, that is to say it is not the subject of other patent applications with prior filing date and/or it has not been divulged or made accessible to the public. It is useful to specify that it is deemed a disclosure detrimental to the character of novelty also the one performed by the inventor himself, for instance through the presentation in exhibitions or the marketing of the good from which deducing the invention, or by means of scientific publications. To acknowledge the requisite of the inventive activity to a patent application, it is instead necessary the invention itself is not already existing in the technical state-of-the-art and, more precisely, it must not be evident for an average sector technician. In particular, a technical solution is provided with the requisite of the inventive activity if, starting from an existing document at the state-of-the-art, it might not have been achievable evidently by an average sector technician, even combining the teaching of such document with what described by other documents belonging to the state-of-the art. Moreover, it is worth noticing that patent titles enjoy, due to the constant orientation of the jurisprudence of Italian tribunals, a presumption of validity, to be overcome only by the effective concrete proof of the existence of suitable elements for jeopardizing the existence of the validity requisites above set out. Besides, patentability requisites can be challenged at any time of the patent life, both at administrative level – during the examination procedure, or through an opposition subsequent the granting of the patent – and in court, that is to say at any time of the patent life, the same can be limited or even annulled owing to a judicial request for nullity. Regarding instead the utility model, Offices just assess the formal requisites of the patent application filed, without carrying out any anteriority search. The utility model is aimed at the protection of new suitable models for conferring particular efficacy or comfort of either application or use to machines, parts of them, or to new conformations, arrangements, configurations or combinations of parts of an already known product, in order to provide a particular usefulness to the product itself. The maximum duration of a utility model is 10 years starting from the filing date.

The registration of a design or model focuses instead on the look of a product or of one of its parts as resulting, in particular, from the characteristics of lines, contours, colours, shape, surface structure, from the materials of the product itself and its ornament, provided that they are new and they have an individual character. Offices just perform a control of the formal requisites of the registration application of model or design filed. In some jurisdictions, like the one of Community Models, a registered design or model can have a maximum duration of 25 years. Like in the case of 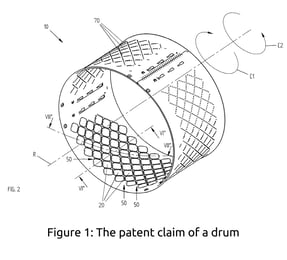 patents, it is possible to start with a national registration and extend the protection abroad within 6 months from the filing of the initial Italian application, without losing any right. Let us see now some concrete examples of invention patents and design registrations, and how these protection forms can be mutually complementary and not alternative. A European granted patent concerns a typical component of a washing machine, the drum. In this patent (figure 1) it is claimed a drum (then not the whole washing machine), whose peculiarity consists in protuberances protruding towards the drum rotation axis, where these protuberances have the shape of a square with round angles (“squircle”) and with inclined sides as to the rotation axis. It is worth highlighting that a drum with inner protuberances was already known when this patent application was filed and the invention concerns the particular shape of these protuberances. Concerning this, we can express two remarks:

Another patent example (figure 2) regards instead a washing method of a washing machine. In this case, the invention is defined by a sequence of washing method phases. Even if one or more of these phases can be obvious is considered individually, their combination, in the modality specified in the claim, was not suggested by anteriority.
1. A laundry washing method for a washing machine (100) that includes a tub (122) and a drum (124) within the tub (122), said method comprising:
a rinse cycle (220) followed by a spin cycle (230);
the spin cycle (230) including:
- a water-draining process (231) of draining wash water from the tub (122) prior to initiating a main spinning process (233);
- a subsequent laundry-balancing process (232) of supplying wash water into the drum (124) at least in part, at the same time redistributing the laundry in the drum (124) by repeatedly accelerating and decelerating the rotation of the drum (124); and
- a subsequent main spinning process (233) of spinning the drum (124) at a relatively high speed thereby extracting wash water from the laundry.

A first example of registered model concerns a drum again. See in figure 4 one of the registration images. This example is useful to highlight two aspects: 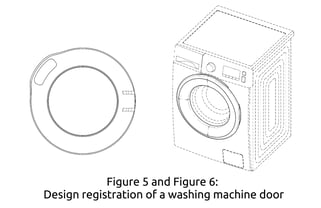 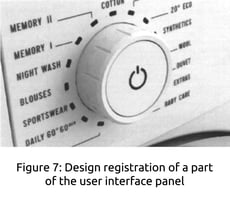 This registration protects the combination of the knob shape and of the graphic part concerning programmes. This combination, if on one hand is bound to the writings that constitute a characteristic of the model, on the other hand, being a confined part of a panel, it might be embedded into whatever washing machine. Also in this case, we can notice a complementarity with a patent for industrial invention or for utility model regarding the arrangement of the panel components, as in the above-reported example.

Registered Community Design: Why it's important and how to do it 16 December 2020
Anti-counterfeiting: How to Protect Trademarks and Patents in Italy 3 June 2020
IP Portfolio Management: An International Case by Jacobacci & Partners 17 February 2021
The Importance of Relying on an Italian Partner for the Local Validation of a European Patent 6 July 2020 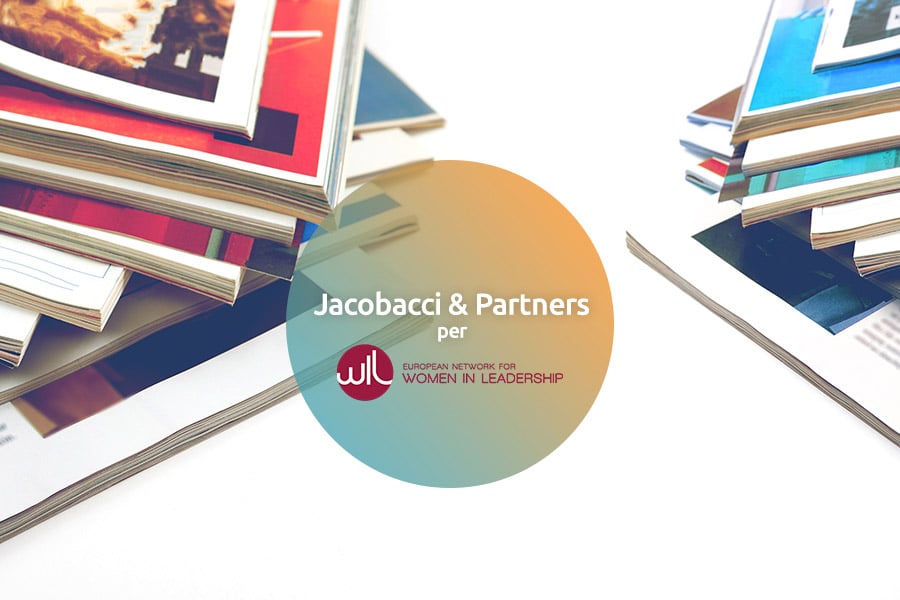